The "Bolender Memo" And A New Lease On Life


On 2nd, December 1978, researcher Robert Todd submitted a Freedom of Information Act request to the United States Air Force (USAF) for any unreleased records created during the closure of Project Blue Book. A response came back from the USAF’s 1947th Administrative Support Group (1947ASG), dated 19th December, 1978, with a number of documents attached. One of them was a three-page “Department of the Air Force Air Staff Summary Sheet” dated 20th December, 1969, prepared by a Maj. Espey and signed by Brigadier General Carroll H. Bolender, who was Deputy Director of Development, for the Deputy Chief of Staff, Research and Development, USAF. That “Air Staff Summary Sheet” became widely known as the “Bolender Memo”. The cover letter – and this is the first time this has ever been published – from the USAF to Todd stated:

Attached in response to your Freedom of Information Act (FOIA) request of 2 December, 1978, are copies of all records from Secretary of the Air Force files of or relating to the decision to terminate Project Blue Book, as well as all other UFO-related records located during the search.”

Below is an image of the cover letter. 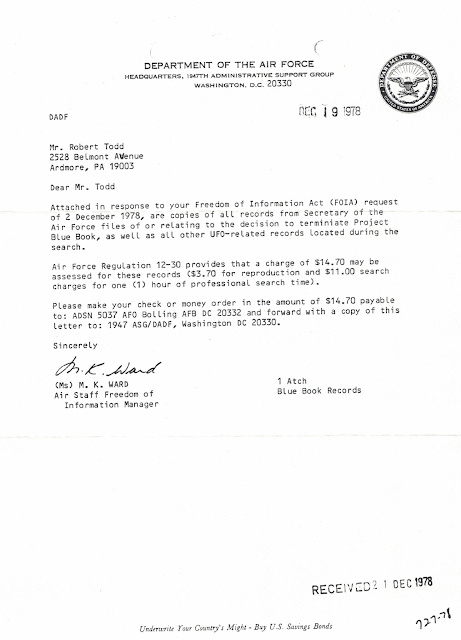 To this the “Air Staff Summary Sheet”, or “Bolender Memo”, was attached and immediately – rightly or wrongly – caused a stir in the UFO community. The contents of the document are not what this blog post is about; though I will mention them later. Many readers will be aware that the three-page “Bolender Memo” was very difficult to read, and multi-generation copies have been circulated, each more blurred or scratchy than the last. Finally, now, we have an enhanced and clean-up version of the famous document, which I have presented below.

This much more readable version has come to us from Barry Greenwood, co-author of the quite shocking 1984 book “Clear Intent”, later published as “The UFO Cover-Up”, and editor of two ground-breaking newsletters, “Just Cause” and “UFO History Review”. Barry was in constant contact with like-minded “heavy lifters” like Robert Todd and Lawrence Fawcett, who, you know, actually did research, as opposed spin and waffle. Barry said to me, regarding the newly presented “Bolender Memo”:

“Many of the documents we get from government are wretched multi-generation copies that are often the only copies available. When a document is photocopied, a certain degree of damage is done to the copy. It is predictable damage, like thin parts of letters disappearing, linear and vertical alignments are distorted, dirt is incorporated, etc. Such damage, with patience, can be fixed. It is like wrecking a car on the highway and bringing it to a repair shop. You get an outwardly new car. It is never the same as an original but looks pretty good regardless. Same with documents. Not all damage is fixable but it can be restored to a surprisingly good condition. So the attached Bolender document has been given a repair job, not perfect as some text is simply unreadable. But 99% is clarified and is ideal for display.”

The document is important for two reasons. Firstly, it is one of the preparatory documents for the draw-down of the U.S. Air Force’s Project Blue Book, which closed in 1970. Secondly, it illustrated an understanding by many researchers that some UFO reports of national security concern were handled differently than through Blue Book channels. As stated above, the “Bolender Memo” has a new lease on life, and is presented below. I have also, beneath the newly scanned three pages, presented an example of the rough, poor quality copies which have been circulated online for two decades. 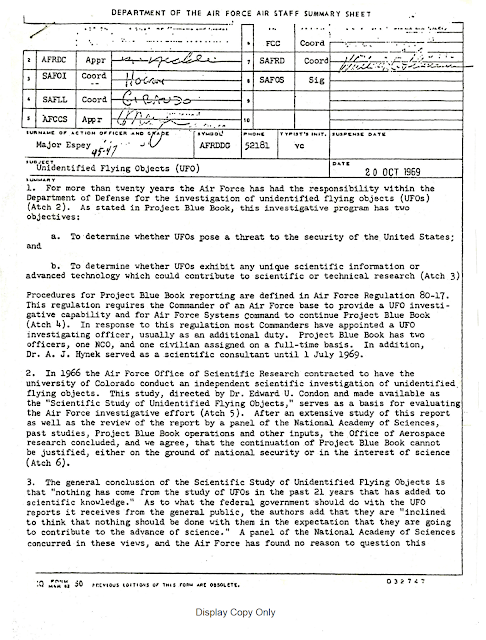 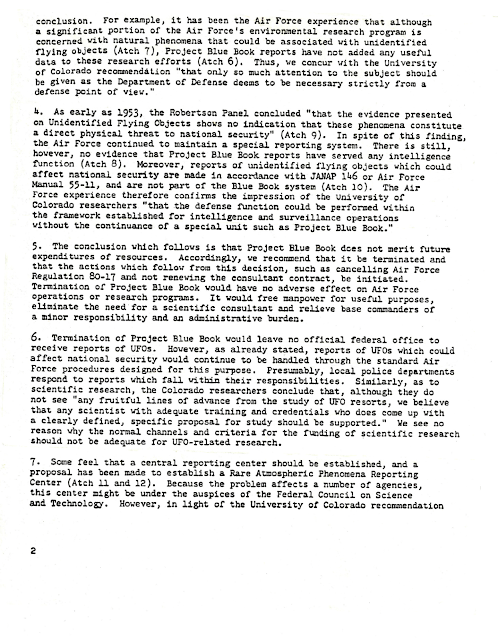 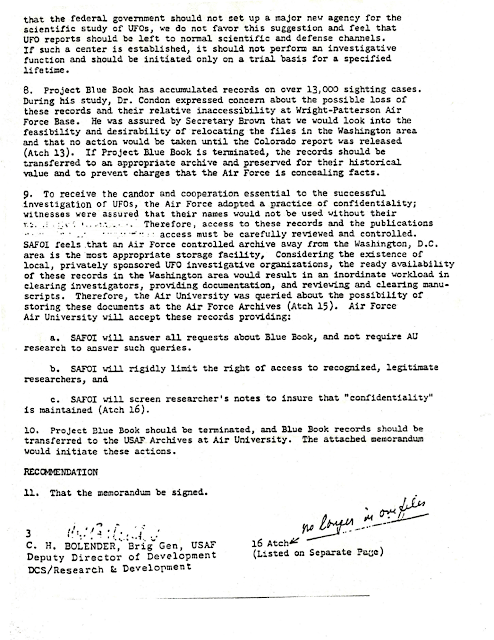 Below is an example of what researchers have been working with for years. 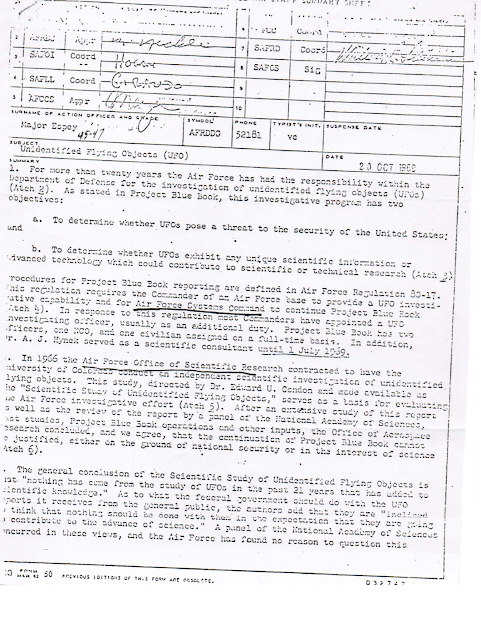 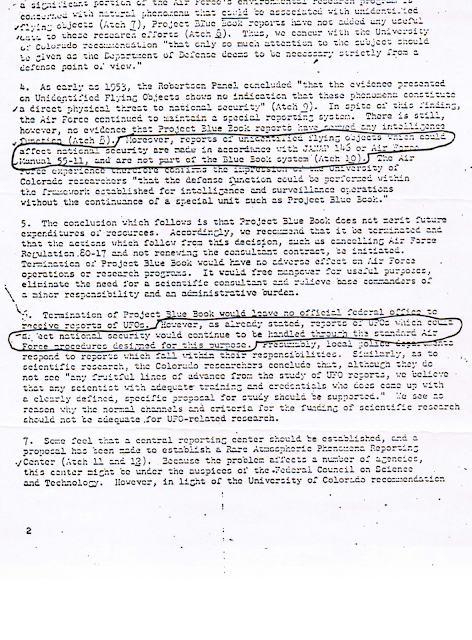 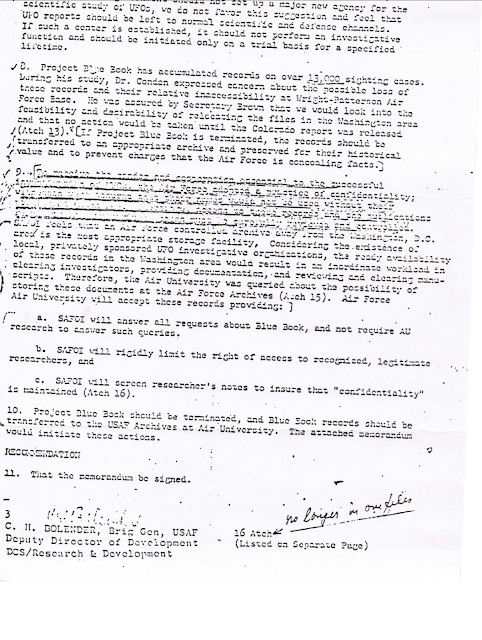