The UFO controversy contains a handful of individuals who need no introduction. One such figure is Richard C. Doty. Formally with the United States Air Force (USAF), Doty has become somewhat legendary. To some, he is an officially sanctioned disinformation agent. To others, he is the quintessential truth twisting hoaxer. To many, he is an odd combination of these two extremes. I am not going to give yet another synopsis of Doty’s unusual contribution to UFO history. Others have already done so, and they have done it quite well. There are three books that immediately come to mind when pondering the Doty saga. They are, Christian Lambright’s “X-Descending”, Greg Bishop’s “Project Beta: The Story of Paul Bennewitz, National Security, and the Creation of a Modern UFO Myth”, and Mark Pilkington’s “Mirage Men: A Journey into Disinformation, Paranoia and UFOs”. Further, MJ Banias’s upcoming treatment of UFO subculture will also contain an important Doty discussion.

Over the years, many a researcher has attempted to clarify exactly what Richard Doty did with the USAF, and when, and where. A near total lack of Doty’s USAF service records has presented significant barriers to further investigation, and the few items which have been legally released in recent years are very brief indeed. Just once, though, a dogged investigator got quite lucky.

Sometime in late 1987, or early 1988, UFO researcher Larry Bryant submitted a Freedom of Information (FOI) request to the Office of the Secretary of the Air Force (OSAF) for copies of Richard Doty’s USAF service records. Soon after, Special Agent Cecil W. Fry, the Chief of Information Release at Air Force Office of Special Investigations (AFOSI) Headquarters, Washington DC, made the decision to withhold all existing records related to Doty. On the 21st of Feburary, 1988, Bryant wrote back to the OSAF appealing AFOSI’s verdict. On the 31st of October, 1988, Mr. Steven A. Thompson, who was with the OSAF’s Office of Administration, replied to Bryant’s appeal letter, and, thankfully, enclosed a number of records, albeit with redactions. While all this was going on, Bryant was also corresponding with Kirtland Air Force Base in New Mexico. On the 8th of September, 1988, Bryant submitted an FOI request to Kirtland asking for any service paperwork they held on Doty. It is unknown who initially handled his request, but two weeks later it was forwarded to the 1606th Air Base Wing. On the 27th of September, 1988, Mr. A. Albert Sanchez, who was the FOI Manager at the 1606th ABW, released a significant number of records to Bryant. Put together, the OSAF and the 1606th ABW released some twenty-five pages of Doty’s service files.

We don’t know how many more pages may exist. Even the USAF may not have a central Doty service file. Further, some of the documents, as I have mentioned, are redacted. Whatever the situation, the records Larry Bryant did manage to obtain have, to my knowledge, seldom seen the light of day. I do not intend to analyse this material. Other researchers can do that, and no doubt some will. So, with that, Doty’s service file, or at least some of it, is imaged below. 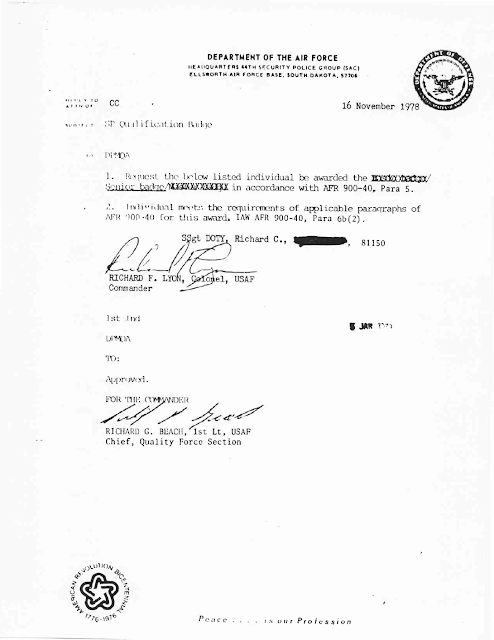 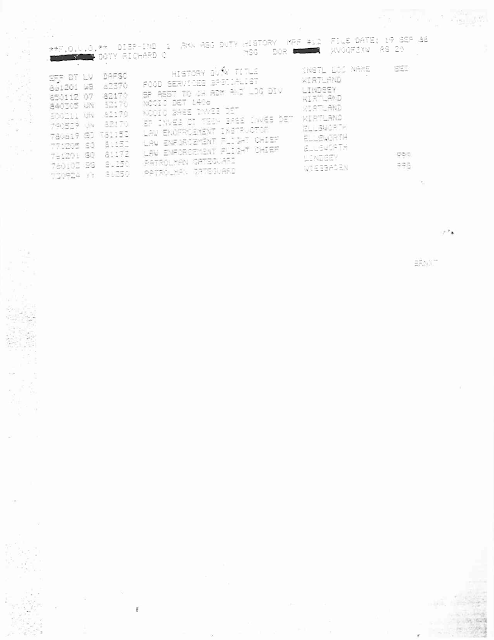 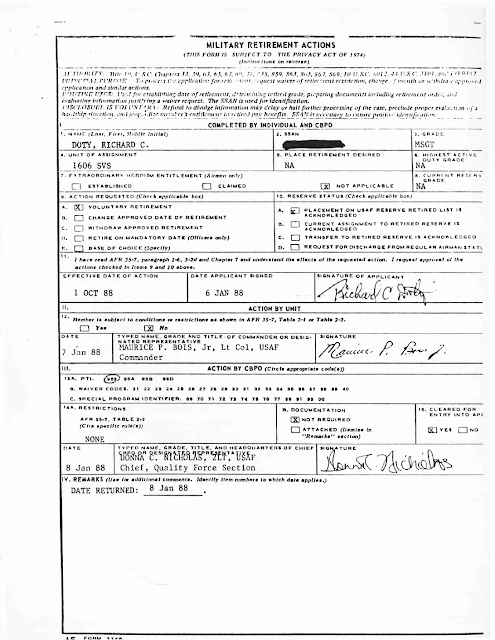 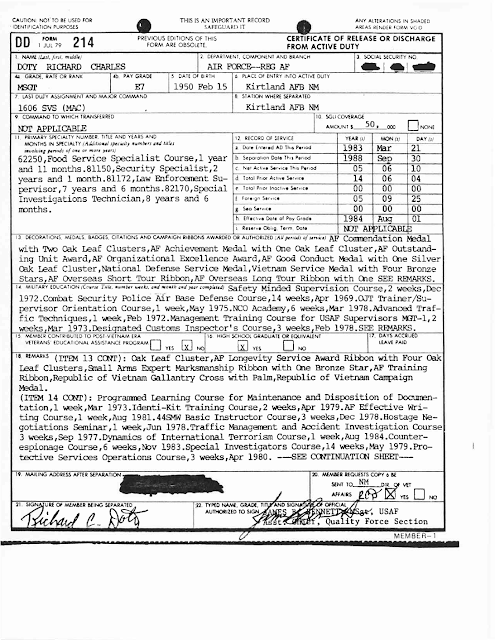 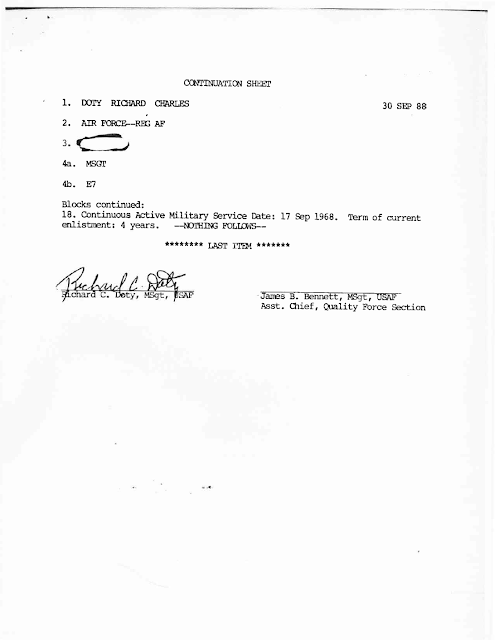 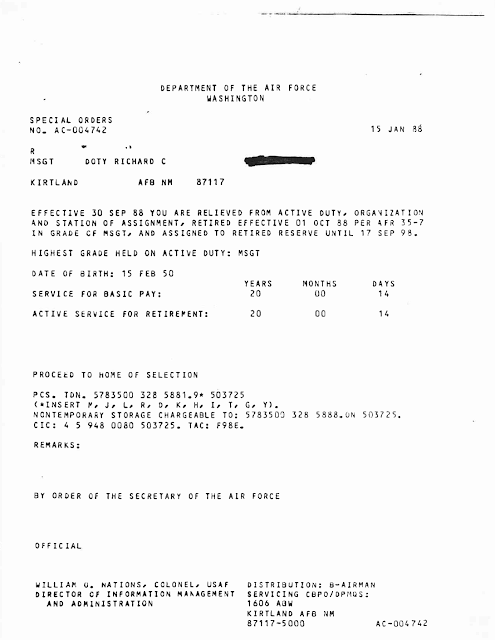 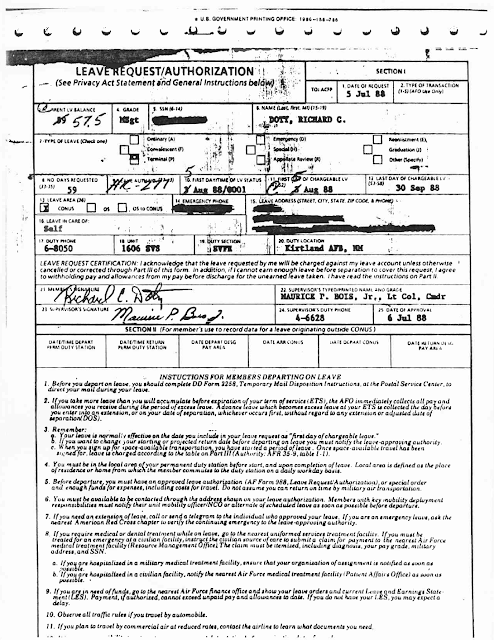 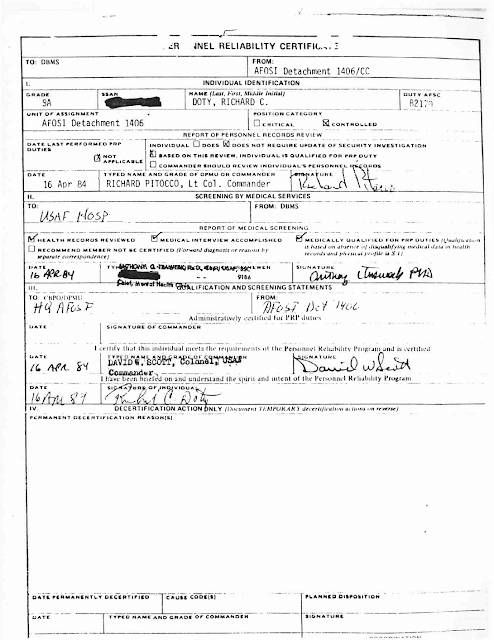 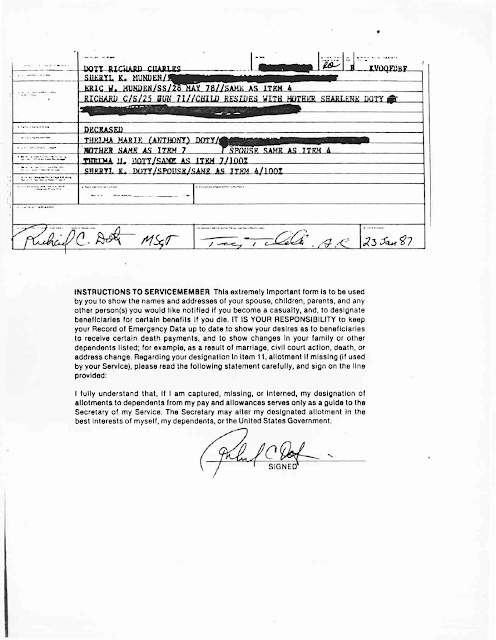 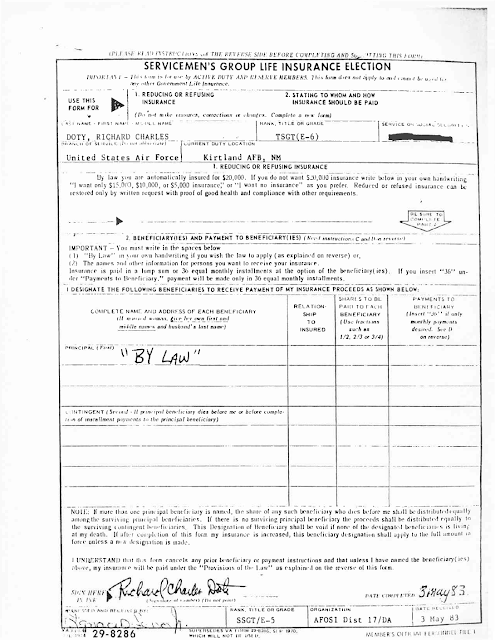 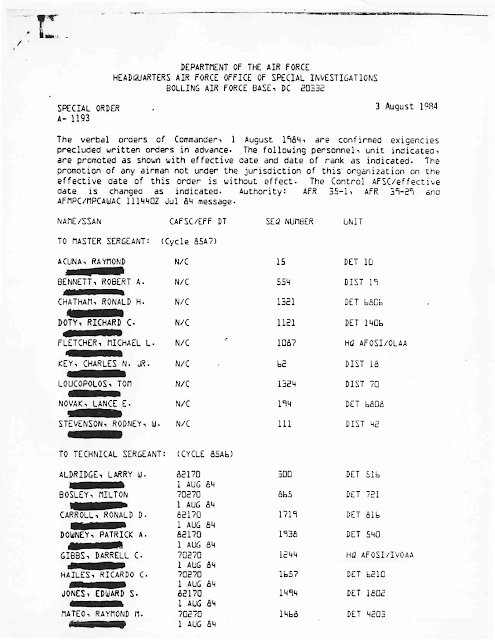 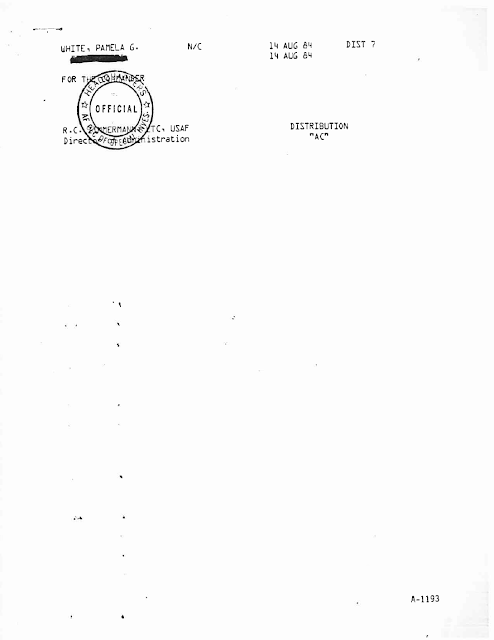 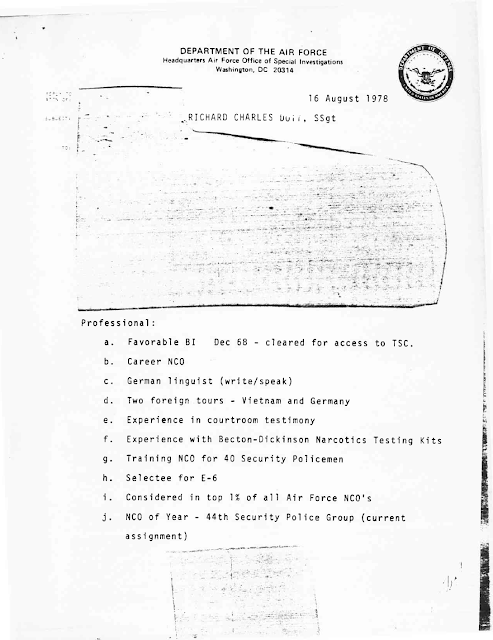 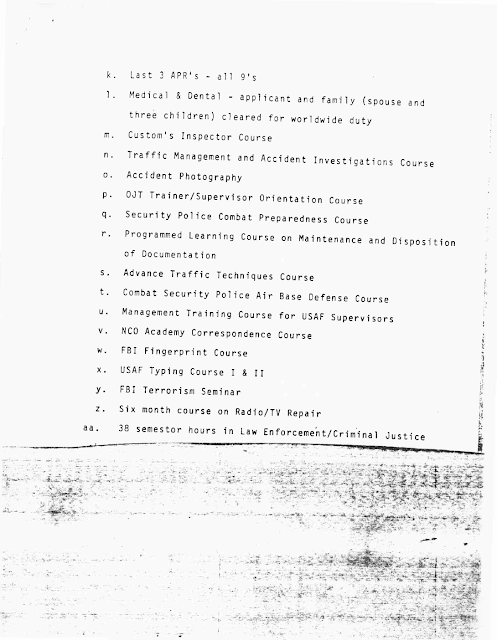 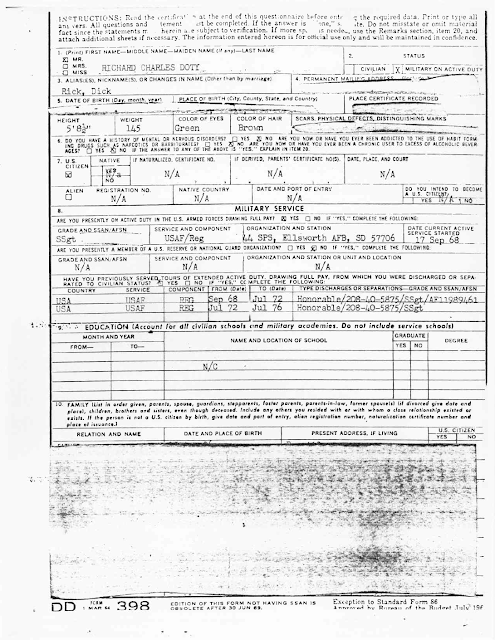 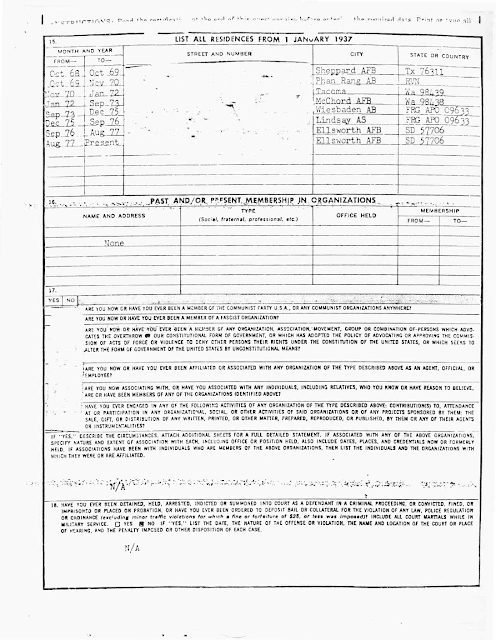 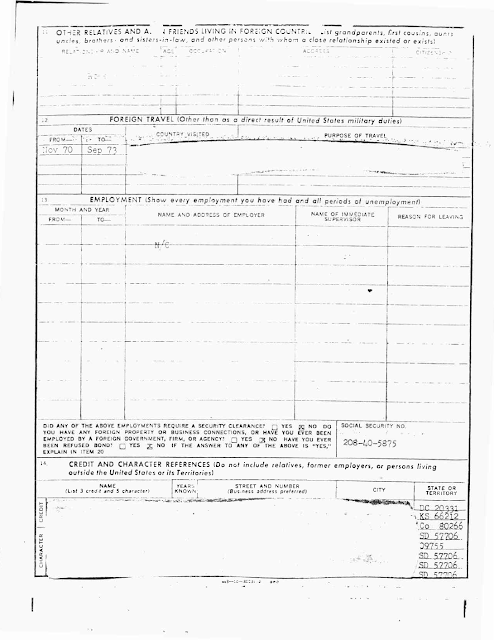 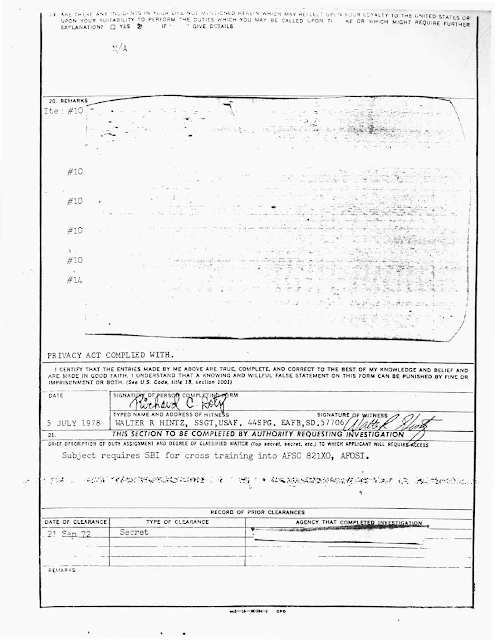 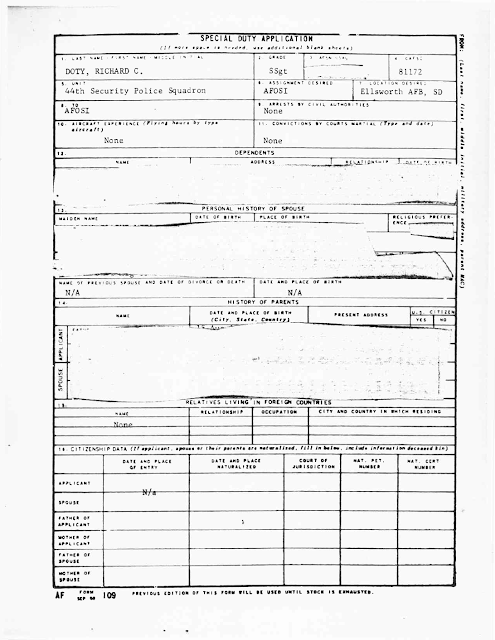 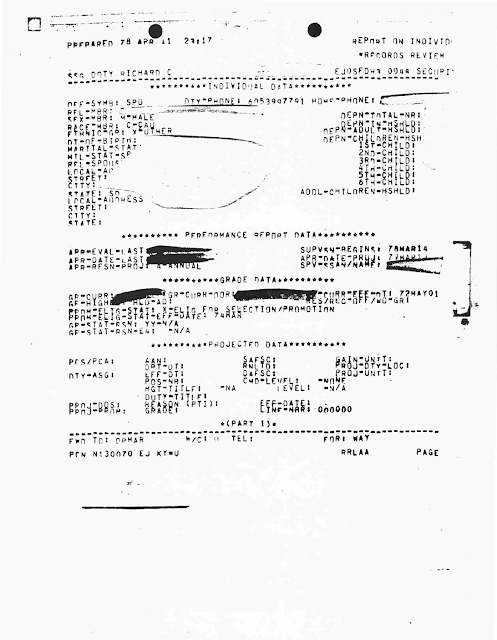 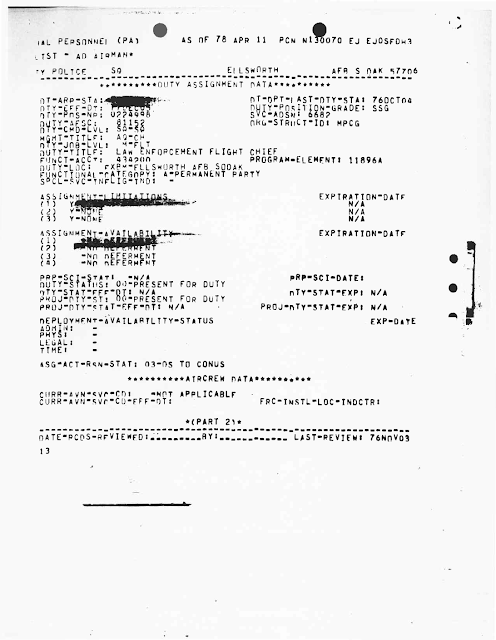 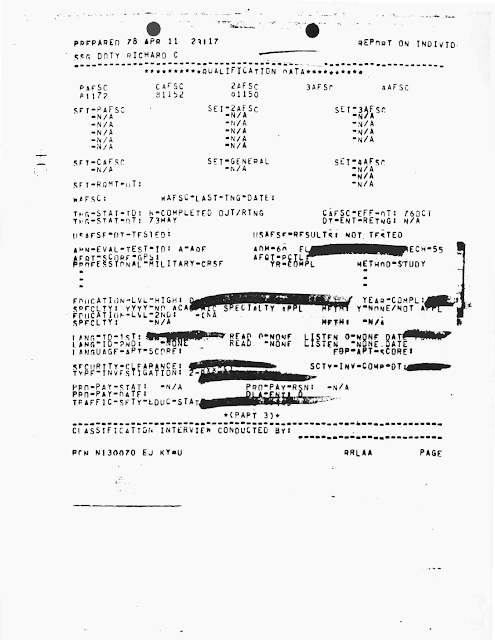 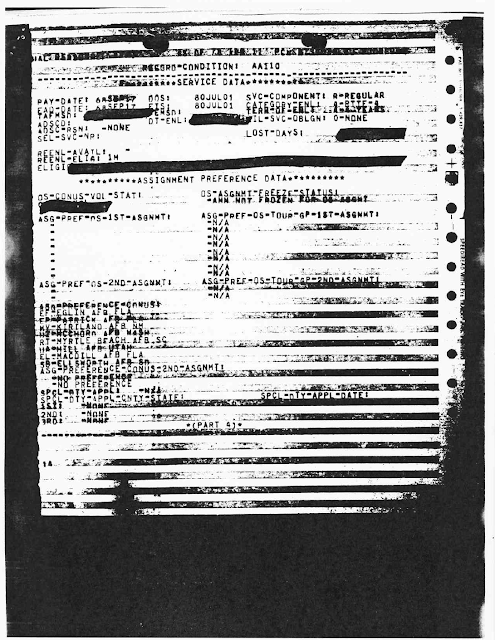 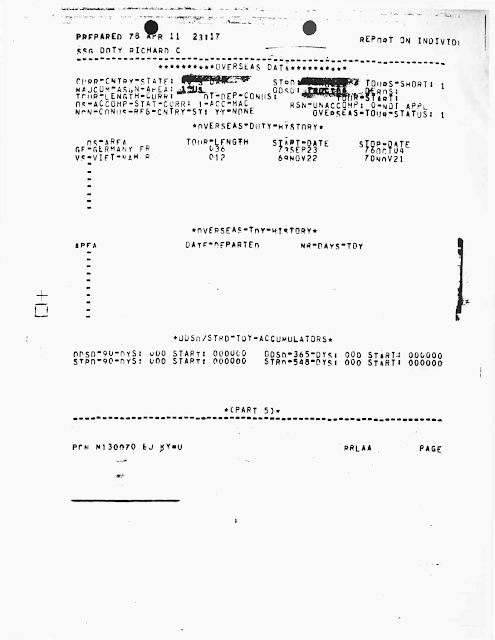 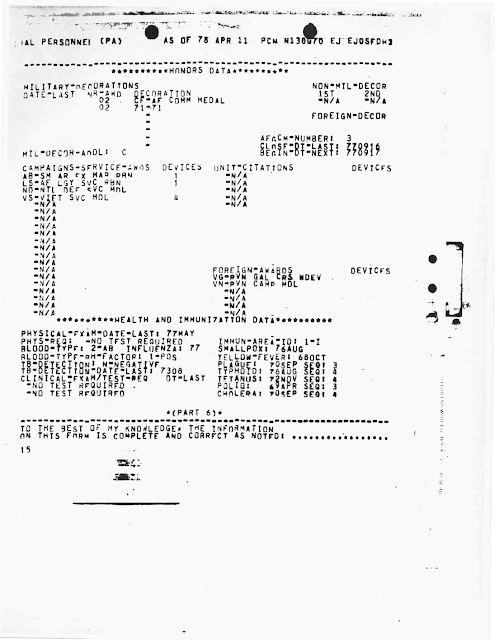