On October the 28th, 2019, long-time researcher and friend Christian Lambright submitted a Freedom of Information Act (FOIA) request to the US Navy’s (USN) Office of Naval Intelligence (ONI) for records relating to the famed USS Nimitz “Tic Tac” UFO encounter. In it, he stated:
“This is a request for records under the provisions of the Freedom of Information Act (5 U.S.C. 552) as amended including the E-FOIA amendments. Because I am unsure of what department or agency retains the records I am requesting, I ask that you forward a copy of this request to all locations that would have been in position to receive any of the material(s) detailed in the following paragraphs.
This request is to include all releasable portions of records and reports related to investigation of the detection of and encounter(s) with Anomalous Aerial Vehicles (AAVs) by personnel involved with the Nimitz Carrier Strike Group (CSG) operations off the western coast of the United States during the period of approximately 10-16 November, 2004. The designation ‘AAVs’ is used here because it appeared in a summary of these events, so there may also be other terms used in the material I am requesting. 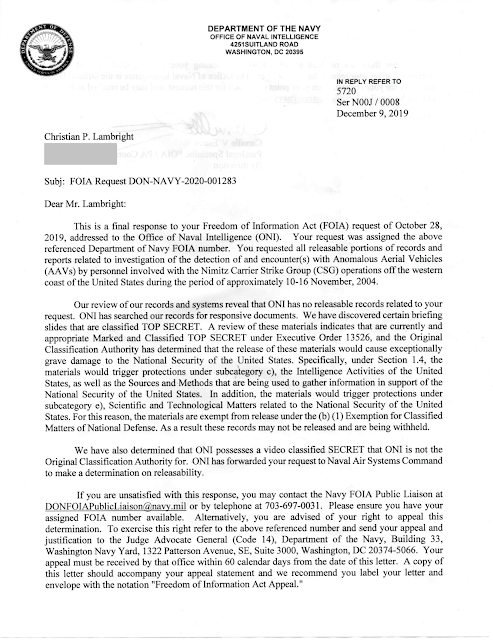 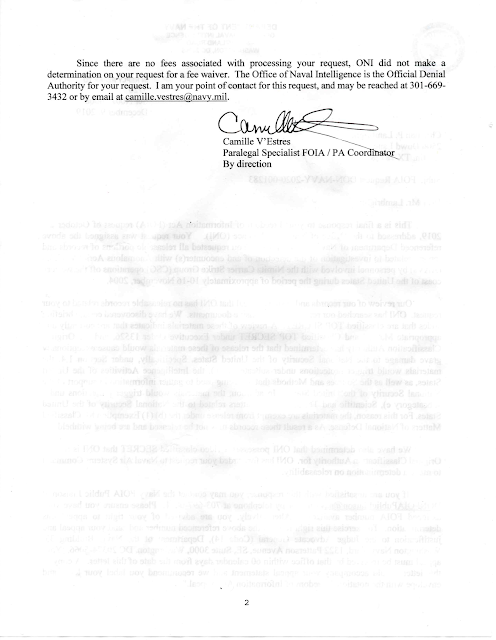